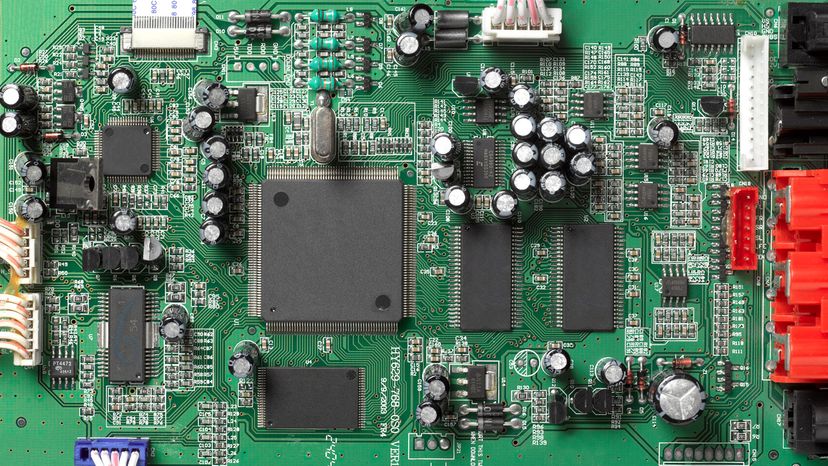 In a way, a capacitor is a little like a battery. Although they work in completely different ways, capacitors and batteries both store electrical energy. If you have read How Batteries Work, then you know that a battery has two terminals. Inside the battery, chemical reactions produce electrons on one terminal and the other terminal absorbs them when you create a circuit. A capacitor is much simpler than a battery, as it can't produce new electrons — it only stores them. A capacitor is so-called because it has the "capacity" to store energy. 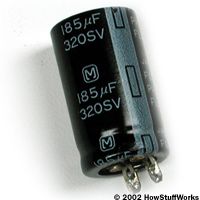 In this article, we'll learn exactly what a capacitor is, what it does and how it's used in electronics. We'll also look at the history of the capacitor and how several people helped shape its progress.

Capacitors can be manufactured to serve any purpose, from the smallest plastic capacitor in your calculator, to an ultra capacitor that can power a commuter bus. Here are some of the various types of capacitors and how they are used.

Inside a capacitor, the terminals connect to two metal plates separated by a non-conducting substance, or dielectric. You can easily make a capacitor from two pieces of aluminum foil and a piece of paper (and some electrical clips). It won't be a particularly good capacitor in terms of its storage capacity, but it will work.

In theory, the dielectric can be any non-conductive substance. However, for practical applications, specific materials are used that best suit the capacitor's function. Mica, ceramic, cellulose, porcelain, Mylar, Teflon and even air are some of the non-conductive materials used. The dielectric dictates what kind of capacitor it is and for what it is best suited. Depending on the size and type of dielectric, some capacitors are better for high-frequency uses, while some are better for high-voltage applications.

When you connect a capacitor to a battery, here's what happens:

Even nature shows the capacitor at work in the form of lightning. One plate is the cloud, the other plate is the ground and the lightning is the charge releasing between these two "plates." Obviously, a capacitor that large can hold a huge charge!

Let's say you hook up a capacitor like this: 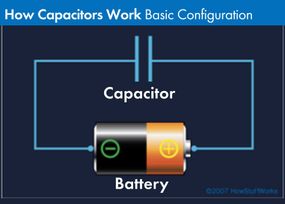 In the next section, we'll learn more about capacitance and take a detailed look at the different ways that capacitors are used.

One way to visualize the action of a capacitor is to imagine it as a water tower hooked to a pipe. A water tower "stores" water pressure — when the water system pumps produce more water than a town needs, the excess is stored in the water tower. Then, at times of high demand, the excess water flows out of the tower to keep the pressure up. A capacitor stores electrons in the same way and can then release them later. 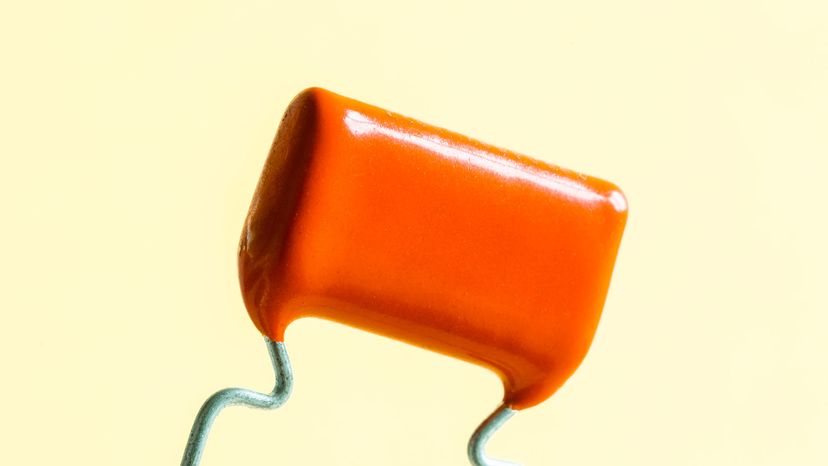 A 1-farad capacitor would typically be pretty big. It might be as big as a can of tuna or a 1-liter soda bottle, depending on the voltage it can handle. For this reason, capacitors are typically measured in microfarads (millionths of a farad).

To get some perspective on how big a farad is, think about this:

The difference between a capacitor and a battery is that a capacitor can dump its entire charge in a tiny fraction of a second, where a battery would take minutes to completely discharge. That's why the electronic flash on a camera uses a capacitor — the battery charges up the flash's capacitor over several seconds, and then the capacitor dumps the full charge into the flash tube almost instantly. This can make a large, charged capacitor extremely dangerous — flash units and TVs have warnings about opening them up for this reason. They contain big capacitors that can potentially kill you with the charge they contain.

Capacitors are used in several different ways in electronic circuits:

Sometimes, capacitors are used to store charge for high-speed use. That's what a flash does. Big lasers use this technique as well to get very bright, instantaneous flashes.

Capacitors can also eliminate electric ripples. If a line carrying DC voltage has ripples or spikes in it, a big capacitor can even out the voltage by absorbing the peaks and filling in the valleys.

In the next section, we'll look at the history of the capacitor and how some of the most brilliant minds contributed to its progress.

History of the Capacitor

The invention of the capacitor varies somewhat depending on who you ask. There are records that indicate a German scientist named Ewald Georg von Kleist invented the capacitor in November 1745. Several months later Pieter van Musschenbroek, a Dutch professor at the University of Leyden, came up with a very similar device in the form of the Leyden jar, which is typically credited as the first capacitor. Since Kleist didn't have detailed records and notes, nor the notoriety of his Dutch counterpart, he's often overlooked as a contributor to the capacitor's evolution. However, over the years, both have been given equal credit as it was established that their research was independent of each other and merely a scientific coincidence. 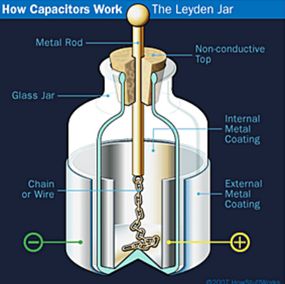 The Leyden jar was a very simple device. It consisted of a glass jar half-filled with water and lined inside and out with metal foil. The glass acted as the dielectric, although it was thought for a time that water was the key ingredient. There was usually a metal wire or chain driven through a cork in the top of the jar. The chain was then hooked to something that would deliver a charge, most likely a hand-cranked static generator. Once delivered, the jar would hold two equal but opposite charges in equilibrium until they were connected with a wire, producing a slight spark or shock.

Benjamin Franklin worked with the Leyden jar in his experiments with electricity and soon found that a flat piece of glass worked as well as the jar model, prompting him to develop the flat capacitor, or Franklin square. Years later, English chemist Michael Faraday would pioneer the first practical applications for the capacitor in trying to store unused electrons from his experiments. This led to the first usable capacitor, made from large oil barrels. Faraday's progress with capacitors is what eventually enabled us to deliver electric power over great distances. As a result of Faraday's achievements in the field of electricity, the unit of measurement for capacitors, or capacitance, became known as the farad.